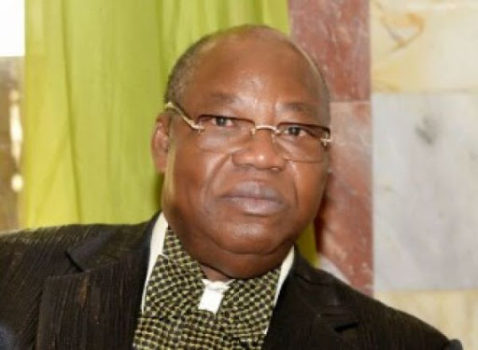 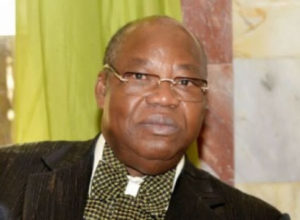 Nigeria has tracked down and grounded the luxury private jet purchased by its former oil minister, Dan Etete, with some of the alleged proceeds of the notorious $1.3bn Malabu OPL245 oil deal.

Asset recovery lawyers acting for the Nigerian government swooped last week after the Bombardier 6000 jet, tail number M-MYNA, touched down at Montréal-Trudeau International Airport in Canada on Friday evening (29 May).

It had just flown from Dubai via Shannon Airport in the west of Ireland.

It is not known whether any passengers were on board.

A Quebec judge is understood to have granted a seizure order for the aircraft in the early hours of Saturday morning.

Mr Johnson said that the order was served on the jet’s owner, a company called Tibit Ltd, which has until Tuesday next week (9 June) to file court papers opposing the seizure.

Ms Russa, who appears to have previously been an executive assistant of sales for Bombardier, is not thought to be Tibit’s beneficial owner.

Contacted for comment, she said she was not the director of Tibit, and had asked to be removed as a director a number of years ago.

She said she had been hired as a contractor to decorate the plane’s interior, but that she had had nothing to do with Tibit’s affairs since 2013.

She said: “I vehemently deny and contest any wrongful conduct on my part”.

Former Minister Etete is alleged to have paid a total of $57m for the jet in 2011. It has a range of up to 6,000 nautical miles and a luxurious interior for 17 passengers.

The jet was part of an epic spending spree Mr Etete is said to have embarked on after allegedly receiving over $800m from the OPL 245 deal.

As Nigerian oil minister in the last weeks of the corrupt Abacha military regime in 1998, Mr Etete had effectively awarded the prospecting rights to the huge OPL 245 block to a company he secretly controlled, Malabu Oil and Gas.

After Abacha’s sudden death, Mr Etete retained the rights as a private citizen until he offloaded them to oil giants Shell and Eni in 2011, who paid a combined $1.3bn to the Nigerian government.

Investigators allege over $800m then trickled down to Etete via several bank accounts, and that one of the first payments he made, $54m, was the main installment on this jet.

The entire Malabu OPL245 deal is now subject to a corruption trial in Italy, where Mr Etete is an accused, together with alleged middlemen, Eni and Shell, and several of their executives.

All parties in the Milan trial have denied the charges against them.

The Nigerian authorities have also charged Etete and several others linked to Malabu with money laundering in connection with the onward flow of funds from the OPL245 deal.

He has denied any wrongdoing and has dismissed the allegations as “political propaganda”.

Now aged 75, he is thought to divide his time between Dubai and France.

Having failed to secure his return to stand trial, Nigeria issued an arrest warrant for him earlier this year. Authorities are understood to be seeking his extradition.

It is not known whether Mr Etete still owns, or uses, the private jet. If he has sold it, it will be much harder for Nigeria to recover it.

The plane has a current market value of approximately $20m, according to dealers. It is registered with the Isle of Man’s aircraft registry.

According to lawyer Bode Johnson, who was appointed by the Nigerian government in 2016 to recover assets from the Malabu OPL245 deal, the jet had been grounded in Dubai for the past four years, where it had been closely monitored.

Mr Johnson said: “Our investigators in Dubai then noticed that the jet, having been grounded in Dubai for so long, suddenly did some test flights and even went up to a cruising altitude for a short while. It seemed like they were testing whether they could fly somewhere.” The jet then took off from Al Maktoum International Airport, Dubai, mid-morning on Friday.

“We did not know the destination at that point.”

They tracked its movements as it headed first to Shannon Airport, near Limerick in Ireland, and then it took to the skies again after a short stopover, bound for Montreal.

Bombardier, the jet’s manufacturer, is headquartered in Montreal.

Mr Johnson added: “We now suspected that it was being flown to Canada for a major service, pending a possible sale.

“We had just a few hours to get a legal team in place on the ground there in Canada to file the injunction. It was 3am in Nigeria when I made a statement to the judge via video link.”

Mr Johnson, the principal partner of Lagos law firm Johnson & Johnson Solicitors, was appointed by the Nigerian government in 2016 to recover assets from the Malabu OPL245 deal, as part of the Buhari government’s policy to outsource the recovery work to third parties in return for a success fee.

Premium Times and Finance Uncovered revealed last month that Johnson had done a deal with an American litigation funder, Drumcliffe Partners, to help fund the recovery of OPL245 assets.

Together, they are in line to receive five per cent of any funds successfully recovered and returned to Nigeria.

A consortium of anti-corruption groups which has spent years investigating Malabu OPL245 said it welcomed the latest developments.

A spokesman for the group, comprising Corner House and Global Witness in the UK, HEDA Resource Centre in Nigeria and Re:Common in Italy, said: “Questions now need to be answered as to why the UAE authorities failed to sequester the jet when it was in Dubai, despite official requests from Nigeria that it be seized.”

He added: “Following recent disclosures in The Premium Times, the Nigerian public also needs reassurance that the funding arrangements entered into by the Nigerian government’s asset recovery agents are sufficient to cover the costs of the seizure proceedings and do not undermine the FRN’s interests.”