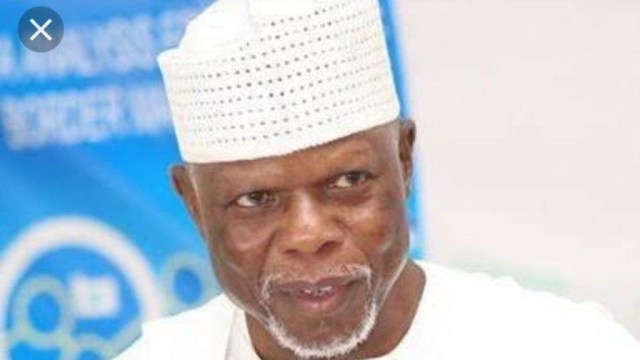 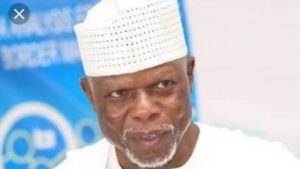 There are palpable tension at the Apapa command of the Nigeria Customs Service (NCS) as some officers of the command test positive to Coronavirus.

Clearing agents operating at the command, have however expressed concern over the likelihood of community transmission of the virus.

The Apapa port is the largest seaport in Nigeria with over … terminals that comprised Container, bulk and multipurpose terminal.

The Public Relations Officer of Apapa port, Nkiru Nwala however confirmed that some officers of the command contracted the virus.

The President National Council of Managing Director of Lenced Customs Agents, Lucky Amiwero has called for redesigning of port operation to meet the current reality.

According to him, Customs officers must be commended for coming to their duty post during the pandemic but all the ports whether Apapa of Tin-Can island or Onne must be redesigned for present day reality.

“We have raised this issue with the presidency because the problem is a holistic problem that has to do with the whole port system. The men who contracted the virus was as a result of no spacing. And when you look at the port, it is not only Apapa port, it is everywhere. You go to Tin Can, you have the same problem.

“This time is an emergency time, there is a need for the Nigerian Ports Authority(NPA), Customs, licenced Customs agents to be able to sit back and look at how the port can be redesigned.

A port system is not a system whereby Apapa port has a different thing. You have this thing at Tin Can as well. But Apapa port might have got the virus as a result of a traveler who have come there or someone who is exposed to it.

When you go round to the whole port, you have the same system all over the place. Agents are exposed to the virus because of going to one place where people are clustering. For instance, if you go to the bank, you see people clustering, you go to the shipping companies, you see people clustering. You don’t blame anywhere not even Apapa port. This thing happened as a result of the way you have your bill of entry, there is a query and you want to go and attend to it. You don’t know if that man has it or exposed to it.

I don’t think those comments from agents are necessary. What we have to do is to look for how we can reorganize because the port has no coordinating center.

“All the ports are doing the same thing. If you go round the port, you see the agents are clustering. Everybody wants their consignment to leave the port and when you call any agents to come in, have a query or you want to go through the procedure, that is where you have this contact. Seriously, it is not only Apapa port, Tin Can has the same problem, nless, there is need for government attention whereby they need to restrategised the whole thing.

On his own, the Vice President, ANLCA, Kayode Farinto called for invoke Customs Excise and Management Act (CEMA) to curb spread of the virus

He said the bill of sight in CEMA) will curb the spread of Coronavirus in the maritime industry.

Farinto  had warned that the failure of the service to invoke section 28 and 29 of the Customs Excise and Management Act which give Customs the power to invoke the ‘Bill of Sight’ spread the deadly Coronavirus pandemic.

He said the Bill of Sight will help reduce human contacts which may leads to the outspread of the pandemic in the maritime industry and the entire country at large.

According to him, “If there is an outbreak of Covid-19 in the maritime industry the NCS should be held responsible, we are in a period of war and we suggested that let us invoke section 28 and 29 of the CEMA law which says that let us use Bill of Sight.