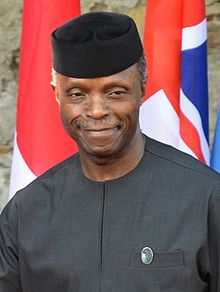 The Presidency had  said the facility was  part of the Federal Government’s determination to support the growth of small businesses across the country, through the provision of critical infrastructure.

The shared facility project, an initiative of the National MSMEs Clinics, is aimed at providing for the needs of businesses under a production cluster arrangement.

In a tweet, Osinbajo noted that The Zaki Biam market accounted  for 70 per cent  of the yam cultivated in Nigeria.

“As part of the Shared Facilities Initiative of the MSMEClinics, it was my pleasure to commission the 200,000 yam capacity storage facility in Zaki Biam.”