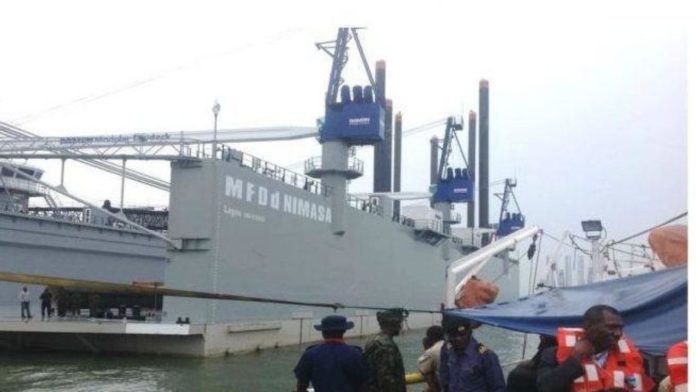 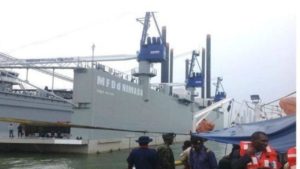 A non-governmental organization, the Maritime Industry Advocacy Initiative and two other groups, Pan-Niger Delta Forum and the United Niger Delta Energy Development Security Strategy are at loggerheads over the ownership of the Nigeria Maritime Administration and Safety Agency floating dock.

While PANDEF and UNDEDSS claim that the modular dry dock was specifically designed for the Niger Delta region and had been lying unused in the Lagos waters, MAIN said the floating dock was not the property of the Niger Delta.

MAIN also punctured PANDEF AND UNDEDSS’ claim that the benefits of the dry dock to the Niger Delta region would be immeasurable, considering the presence of the Nigerian Maritime University.

MAIN in a statement on Sunday,  insisted that while the two groups which were represented by the Niger Delta voice were entitled to their opinions, it was “misleading and self-serving to solely ascribe the ownership of national assets and institutions to a region or a tribe.”

The statement read in part, “For the avoidance of doubt, the Maritime University in Okerenkoko is not a Niger Delta asset, neither is the NIMASA floating dry dock. They are national assets.

“Have they forgotten that the NIMASA floating dry dock was acquired with the resources of Nigeria? Yes, it is true that it was conceived during the headship of an Ijaw man from Niger Delta; in the person of Mr Ziakede Patrick Akpobolokemi, and the magnificent facility arrived in Nigeria during the tenure of his successor; also a Niger Delta son; Dr Dakuku Adolphus Peterside.”

The group pointed out that  the argument of PANDEF and UNDEDSS  rekindles the fear that was expressed by those who were opposed to the establishment of the Maritime University in Okerenkoko.

“They had expressed fear that the university may be indigenized as a Niger Delta asset. It does appear that they were quite right,” MAIN said.

It added, “It is a known fact that, it is the same ethnocentric mindset that almost killed a national institution called Maritime Academy of Nigeria, which is located in Oron, Akwa Ibom state.

“MAIN recalls that, at a point, the indigenes of MAN Oron insisted that the Rector must either be an indigene of Oron or an indigene of Akwa Ibom state. This is in addition to the demand for preferential admission quota for Oron and Akwa Ibom youths and employment quota for its indigenes.

“It is rather sad that the two Niger Delta groups are already linking the existence of the Nigerian Maritime University in Delta state to the anticipated relocation of the NIMASA modular dry dock to Okerenkoko; the site of the University.

“We think that, rather than push for the ‘domestication’ of both the Nigerian Maritime University and the NIMASA dry dock in the Niger Delta, both PANDEF and UNDEDSS should work for and indeed encourage the viability of the two Nigerian assets within the larger context of a viable Nigerian maritime industry.”

According to MAIN, the NIMASA facility was conceived as a money-yielding asset, adding that it was  it was expected that, once the dry dock is commissioned, Nigerian shipowners and their foreign counterparts would no longer need to take their vessels outside the country for dry docking.

It stated, “Nigeria loses as much as US$100m annually because shipowners who would ordinarily dry dock their vessels in-country, take them to neighbouring countries where such facilities are available.

“While it is true that, one of the value adding components of the NIMASA dry dock is that it would be available as a training facility for the students of the Nigerian Maritime University, Okerenkoko and other maritime institutions in the country, it a blatant misinformation that it is to be domiciled in the Niger Delta.”