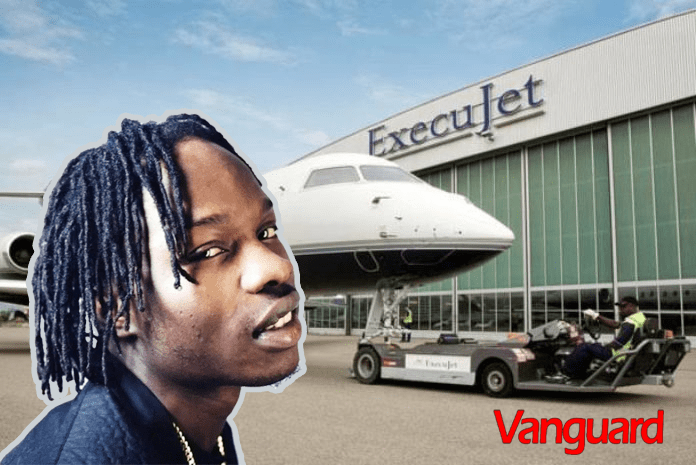 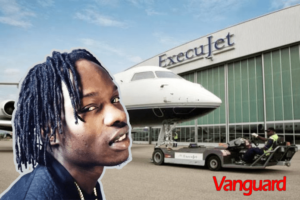 Nigerian musician, Azeez Fashola, known to fans as Naira Marley has called out management of private airline service provider, Executive Jet for describing him and his crew members as a bunch of useless people.

Recall that Execujet was suspended by the Aviation Minister, Hadi Sikira for flying Naira Marley to Abuja where he performed last Saturday to a crowded hall in disregard of the COVID-19 social distancing guideline.

Responding to a query issued by the minister, the Chairman, Executive Jet, Dr Sam Iwuajoku, explained that the carrier had mistaken the name on the manifest, Babatunde Fashola for that of the Minister of Works and Housing and acting on that belief, had made the charter plane available to the group.

His response read in part, “When I went through the manifest and saw Fashola Babatunde, I thought it was the honourable minister of works going to Abuja with his men, so we decided to do the flight since it is a serving minister of the Federal Republic of Nigeria.

“I did not know that it was a bunch of useless people.”

Naira Marley responded in a series of tweets on Tuesday.

Below are the tweets;

Do u know that over 20,000 Marlians travel with executive jet a month. We won’t be using ur useless airline again for calling us useless.
Thank God we didn’t crash on that flight sha because we nearly did.
BTW We didn’t book the flight ourselves.

Fashola, in another tweet, had mocked at the firm for making the mistake.

Lool they asked for our names on the jet though and looooooooool ur pilot is a Marlian and everybody there is a Marlian too.. my name is Azeez Adeshina Fashola and my lil brothers name is moshood babatunde fashola😂😂😂 and u was begging me to tag y’all

Nigerians have however condemned the word used to describe the musician and his team by the private airline.

Commenting on Facebook, they  noted that Naira Marley and his team were clients who had paid for the flight and so did not deserve such epithet.