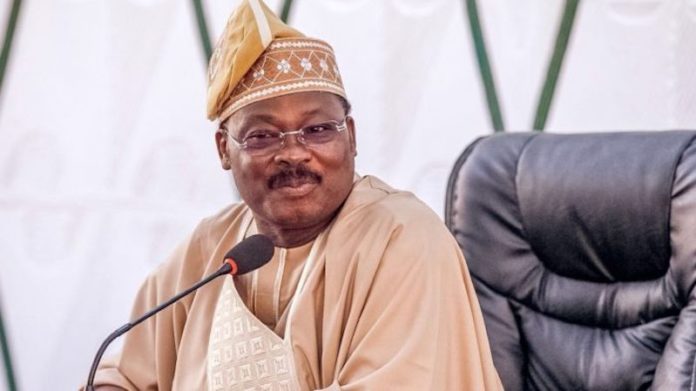 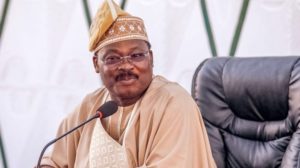 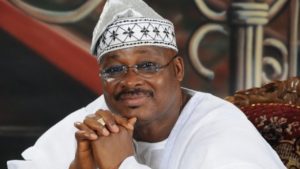 The national working committee  of the All Progressives Congress led by Abiola Ajimobi, acting national chairman, has reversed nullification of the disqualification of Godwin Obaseki, governor of Edo state.

This was the outcome of the NWC meeting chaired by Hilliard Eta, APC vice-chairman south-south, on Wednesday.

Last week, Obaseki was disqualified from contesting in the governorship primary election of the party for Edo over an alleged defective certificate.

But on Wednesday, Victor Gaidom, APC deputy national secretary, nullified the screening exercise and declared himself as the national chairman of the party.

Speaking with journalists at the party’s national secretariat in Abuja, Eta who was flanked by some NWC members, said Gaidom does not have the power to nullify the party’s screening exercise.

“You said chief Victor Gaidom has annulled the screening of Edo state governorship aspirants. Even a properly elected chairman that is currently on suspension cannot on his own make such decision,” he said.

“Chief Victor Gaidom has long ceased to be a member of the NWC. He has voluntarily resigned his membership to be able to contest as deputy governorship candidate of our party.

“And, at no time, I supretend over the south-south, and at no time did I present Gaidom again to come to the NWC. You can check all the records and you will see that this is the fact.

“I’m very sure that if chief Victor Gaidom had been a young man he would have enrolled into the military and conducted a coupe and become a military administrator or a sole administrator of whatever but not in the party of change or progress that we are in.”

Lanre Issa-Onilu, APC spokesman, in a statement said at Eta was appointed to act on Ajimobi’s behalf since the former governor is “unavoidably absent”.

“The national working committee (NWC) of the All Progressives Congress (APC) rose from a meeting at the party’s national secretariat on Wednesday affirming senator Abiola Ajimobi as the Party’s Acting National Chairman following the Appeal Court’s ruling affirming the suspension of Comrade Adams Oshiomhole as National chairman and in line with Section 14.2 (iii) of the Party’s Constitution,” Issa-Onilu said.

“Due to senator Ajimobi’s unavoidable absence, NWC unanimously appointed the Party’s National Vice Chairman (South South), Prince Hilliard Etta to act on Sen. Ajimobi’s behalf, an action backed by the Party’s constitution which empowers the NWC to appoint one of its members in acting capacity and stipulates that the acting National chairman must be from the zone of the National Chairman.”

Issa-Onilu said Hope Uzodinma, governor of Imo state, has been appointed chairman of the primary election committee. The party’s Edo primary poll is scheduled for June 22.

Ajibola Basiru, senate spokesman, was appointed as the committee’s secretary, while Abdullahi Abass, Ibrahim Sabo, Ocho Obioma, Amina Lantana Muhammed and Gbenga Elegbeleye were appointed as members of the panel.