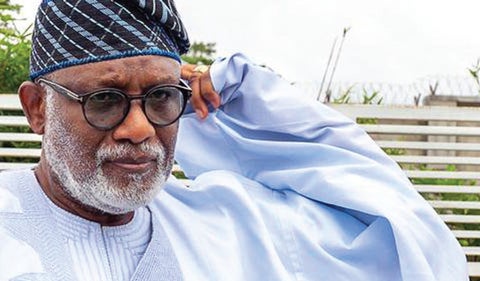 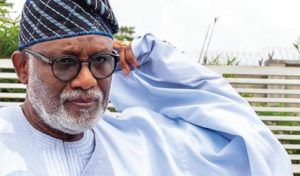 Nigerians have reacted to a video showing the deputy governor of Ondo State Alfred Ajayi being detained by the order of governor Rotimi Akeredolu for four hours at the government house.

According to the reports, Ajayi had perfected plans to defect to PDP.

Below are the tweets;

Video : Ondo State Deputy Governor, Alfred Agboola Ajayi detained for more than four hours at the Government House gate by commissioner of police and his men acting under the instruction of the Governor,Arakunrin Oluwarotimi Akeredolu,SAN on 20th June, 2020. pic.twitter.com/UWgsQCN7vt

below are people’s comments about the video

The commissioner of police insisted that the Deputy Governor couldn't go out with official Hilux Vehicle attached to his office because he has perfected plans to defect to the People Democratic Party on Monday.

And the said governor is a lawyer n SAN. He's a disgrace. The CP should resign n become a politician na. The most unprofessional CP