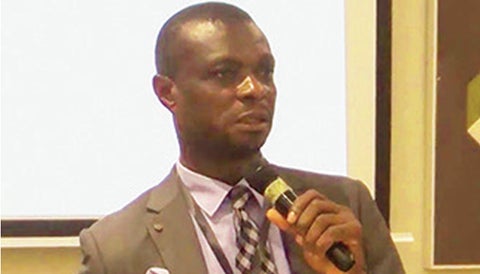 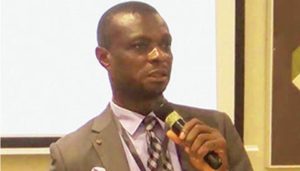 The Coalition of Civil Society Groups in Nigeria has in a renewed call in Lagos  asked the Governing Board of the Federal Institute of Industrial Research Oshodi  to reinstate Dr Chima Igwe as the acting Director General of the Institute as directed by the federal government.

Making this call on behalf of the group, Comrade Emmanuel Ayodeji, who described the purported demotion of Dr Igwe as a charade and gross abuse of power by the board, said it is unfortunate that the board chairman, who issued the suspension letter, has not obeyed the federal government’s directive through Dr Ogbonaya Onu, Minister of Science and technology to reinstate him.

Ayodeji reminded that the group, had at several occasions, accused the workers unions and some members of the management team of FIIRO, of orchestrating a campaign of calumny against Igwe, who from all indications have truly completed his PhD programme, but rather being accused by unions of not possessing one.

While describing the act as gross abuse of power by the governing board of the Institute, considering the recent number of its arbitrary decisions taken without any recourse to the Ministry of Science and technology, Ayodeji stated that the law is clear about the functions of the governing council, and among the many functions listed there; none empowers the council to even oversee the daily running of the affairs of the Institute, as being witnessed under the current board.

Due to this refusal by the board chairman of FIIRO to honour the instruction, Boss Mustapha, Secretary to the Government of the Federation (SGF) in a recent secular has issued detailed disciplinary procedure against any chief executive officer of federal government parastatals, agencies and departments, who errs.

The secular, which was issued on May 19, 2020, stated that the federal government has observed with dismay the arbitrary removal of chief executive officers (CEOs) and heads of parastatals, government-owned companies, agencies and institutions, and its impact on stability and service delivery.

This move might not be unconnected with what is going on at the FIIRO, where the governing board suspended Dr Igwe over allegation of fake doctorate degree certificate from the Universite d’Abomey-Calavi, Benin Republic, in 2001.

It would be recalled that the media was awash with news concerning this allegation in recent times, and the frantic efforts been made by Dr Onu to reinstate the embattled Igwe.

Soon after his appointment as the acting DG, there were petitions by union members as regards the genuineness of the certificates in igwe’s possession, instigated by top notch staff of the institute with covert support from some individuals outside of the institute, who hoped to benefit from the imbroglios by becoming the substantive DG of the institute.

FIIRO Board framed Igwe up with the intention of bringing him to public opprobrium, and to remove him from office by plotting to discredit his qualifications that qualifies him for the position he occupied.

Information gathered by our source revealed that ethnic card was been played in this matter, as several text messages and personal conversations with some persons in the heart of the crisis, point to the plot.

According to our source, the accusers were quick to say that the slot belongs to a particular tribe in the country, and should not be taken away from them as if it is a traditional title.

The accusers also felt that Igwe had come to unravel the massive corruption taking place in the Institute, which has made the cartel to be at war with him.

Based on this allegation, Dr. Onu  then ordered investigation into the allegation of the certificate forgery, and subsequently asked that the Independent and Corrupt Practices Commission (ICPC); an agency of government saddled with such issue to take it up, investigate and make public their findings.

At the end, Igwe was eventually discharged of all the charges, and his certificate authenticated and proven original, as the various anti-corruption agencies have investigated him, and none, till date, has found him guilty of involvement in any form of corruption.

It is also worth knowing that since his emergence as a scholar and head of an institute, Igwe has never been indicted publicly or privately for financial malfeasance or any form of ill conduct.

It was based on the clearance from all the charges, that the federal government directed the immediate reinstatement of Dr. Igwe as the acting D-G of the Institute.

As a point of order, Mustapha, in the recent secular explained that “Accordingly, Mr. President has approved the following streamlined procedure for the discipline of Chief Executive Officers of government parastatals, agencies and departments in accordance with the Public Service Rules (PSR).

“When an act bordering on serious misconduct against a Chief Executive Officer is reported, it shall be the duty of the supervising minister through the permanent secretary, to refer the matter to the governing board for necessary action in line with the relevant provisions of the Establishment Act and the principles guiding Chapters 3 and 16 of the Public Service Rules.

“The board shall in line with due process, issue him/her a query requesting an explanation with respect to the specific act(s) complained about; the board shall forward its findings and recommendations to the minister for further consideration and necessary action.

“The minister, after due consideration of the submission from the board, shall on the advice of the permanent secretary, forward the ministry’s position along with the recommendations of the Board and the explanation of the Chief Executive Officer to the Secretary to the Government of the Federation (SGF) for processing to Mr. President, for a decision.

“Upon receipt of the submission from the minister, the Secretary to the Government of the Federation (SGF) shall without delay cause an independent investigation and advice Mr. President on the appropriate course of action.”

It is clear from these directives that the board of FIIRO did not act in accordance with the secular by issuing Dr Igwe a query requesting an explanation with respect to the specific act(s) complained about, and there was no forwarding of its findings and recommendations to the minister for further consideration and necessary actions.

Rather, it took a unilateral decision by removing Dr. Igwe and replacing him with Dr. Agnes Yemisi Asagbra.

Pursuant to these therefore, the SGF warned in the secular that “This procedure shall serve as a mandatory guide and all ministers of the Federal Republic of Nigeria, and any other public officer in similar supervisory position, are enjoined to strictly abide by its content”.