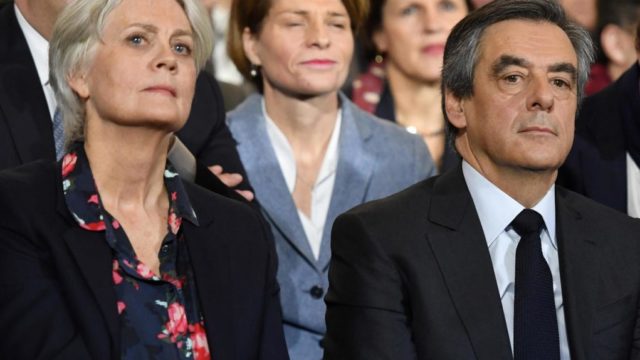 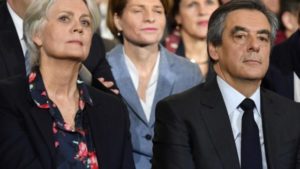 The conservative politician was found guilty of paying Penelope Fillon €1.156m (£1.06m, $1.3m) for work she never did as a parliamentary aide.

He was sentenced to five years in prison, three of them suspended. She was given a three-year suspended term.

The scandal ruined his presidential bid in 2017. Both have appealed, blocking Fillon’s immediate detention.

The 66-year-old is the most senior French political figure to receive a custodial sentence since the start of the Fifth Republic in 1958.

Coronavirus masks obscured the couple’s expressions as the verdicts were read out.

Delivering the decision in a Paris courthouse, the presiding judge said: “The payment was disproportionate to the work done. Mrs Fillon was hired for a position that was without use.”

She was found guilty of complicity to embezzle and conceal public funds.

Her husband was also banned from public office for 10 years.