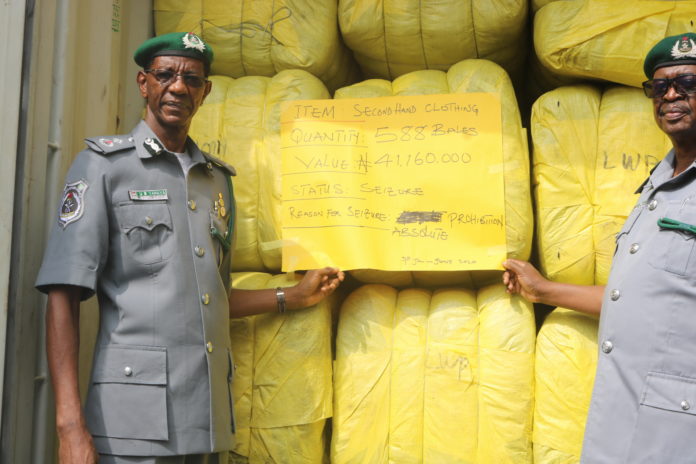 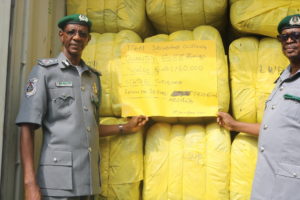 The Federal Operations Unit, Zone A of the Nigeria Customs Service has said it intercepted contrabands, and raised debit notes on imports  worth N17bn between January to June 2020.

It added that contrabands intercepted include used vehicles, pharmaceuticals, textiles, foreign parboiled rice, tomato paste, secondhand clothing among others, while the debit notes were raised on importers for wrong declaration and shortchanging Customs in duty payment.

The Customs Area Controller of the unit,  Usman Yahaya said N15.6bn was generated from contrabands seized from smugglers while N 1.4bn was raised from wrong classification, transfer of value and false declaration of cargoes.

He said, “The total duty paid value of N15.6bn was premised on seized contrabands while the N1.3bn was revenue from the unit interventions arising from wrong classifications, transfer of value and false declarations by importers.

“So, a total of N17bn was recovered for the Federal Government in the period under review.”

According to the CAC, the unit also intercepted a truck load of banned textile materials worth N565m imported from Benin Republic

He also disclosed that 18,760 bags of  foreign parboiled rice smuggled  into the country from Benin Republic and 64 units of exotic vehicles were intercepted and detained for duty evasion and under payment were intercepted.

Also intercepted are 5,423 kegs of vegetable oil valued at N87m, 7,549 jerry cans of Petroleum Motor Spirit valued at N27m, five containers load of pharmaceuticals valued at N3bn, 64 units of motorcycles used for smuggling valued at N565m, among others.

He also disclosed that the seizure was borne out of intelligence and hard work of eagle eye officers of the unit.

“My message to smugglers is that they should stop smuggling and embrace legitimate business because the unit is ready to run them out of business,” he warned.

He continued, “we are always a step ahead  of them through intelligence gathering and steadfastness. We won’t get tired until the service suppressed smuggling finally from the South West,” he said