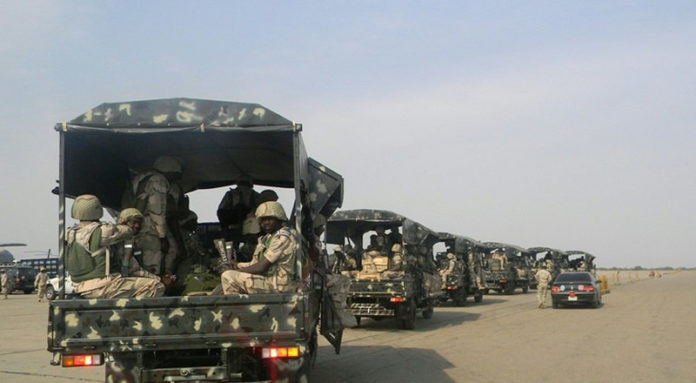 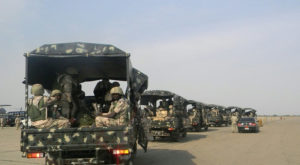 Security experts, senior Lawyer and some police officers have kicked against the disbanding of all satellite offices and bases of the Intelligence Response Squad (IRT) and Special Tactical Squad (STS).

The IGP had directed that disbanding the formations followed moves by the Force Headquarters to reposition the police and ensure accountability and due process.

According to the IGP, the integration of the IRT and STS into the Force Intelligence Bureau (FIB) headed by Ibrahim Lamorde was to improve efficiency.

According to a signal sighted by newsmen Sunday, the Deputy Commissioners of Police (DCPs) in charge of IRT (Abba Kyari) and Yusuf Kolo (STS) are to ensure that all bases and offices outside Abuja were shut down with immediate effect. Operatives in the units have also been ordered to report to Abuja amidst the Covid-19 pandemic.

Security expert, Dr Onah Ekohomu said it would be an unpardonable error for the IGP to scrap IRT offices or put IRT under FCIID.

“The IRT should be left alone as it is a specialized formation that has proven that it is capable. If the police are winding down the offices of IRT nationwide, they are telling kidnappers to have a field day,” Ekhomu said.

“I mean it; it will be an unpardonable error to do so. That the police are trying and being cheered up is because of the achievements of IRT. The Squad is doing well in intelligence and it uses highly technical and sophisticated equipment to track hoodlums.

“It will be a fatal mistake to winding IRT down, but for STS, I think they have a reason to make the Squad work with the Federal SARS because they are doing the same work with States SARS, fighting armed robberies and violent crimes in the state, but for IRT, it should be left on its own”

A legal practitioner, Mr Adeleke Debo, said there was no need of changing winning teams, blaming politicians as the problem of destabilising the system

Adeleke said many successes recorded by the two formations were too numerous to mention:” The achievements of the formations, especially IRT, led by Kyari is second to none in the history of this country. Any progressive should not think of how to change winning teams but should think of how to promote the winning teams to the position of Commissioners of Police to give them the strength to bite. Removing Kyari and Kolo who have done well in intelligence and crime-fighting will bring the security of this country to its knees.

“The IGP should not contemplate changing the winning teams if he wants to succeed. Abba Kyari, in particular, has done what Napoleon cannot do. Considering his monumental achievements, even when he was the officer in charge of Lagos State Police Command Special Anti Robbery Squad (SARS) and what he has done so far in IRT, any person who thinks of removing him is an enemy of the police and the government.

“Kyari was rewarded recently by the House of Representatives; not because of his handsome face, but because of his monumental achievements. He has trained abroad and he performed creditably well, to the extent that he was rated high by FBI. My advice to the government and the IGP is that Kyari and Kolo should be promoted to CP”.

However, some senior police officers that spoke on the condition of anonymity, as they were not supposed to speak to the press, said it was out of share envy by some close associates of the IGP who felt that the tactical units were shinning and becoming more influential in the force that convinced him to disband other units.

A senior police officer at the Force Headquarters, Abuja, said this is not the best time to cripple the units, considering the security situation in the country.

“I must be frank with you, ever since the House of Representatives honoured DCP Abba Kyari with an award, the centre can no longer hold in the force. Some senior police officers, especially Commissioners of police who are jealous of Kyari and Kolo have been talking to the IGP to cripple Kyari as he is becoming too powerful. They argued that Kyari would have convinced the House of Representatives to give the award to his boss rather than accepting it. Our IGP was initially happy with Kyari receiving the award, but as he kept listening to his friends, he decided to cripple Kyari.

“Crippling Kyari and Kolo is the handiwork of some top officers who started complaining that they no longer have control over personnel of IRT in their states. They complained bitterly of some personnel who engaged in one misconduct or the other. But we have bad eggs in the entire force and the only thing the force does is to deal individually with the erring personnel. We have an internal mechanism of disciplining our men, why should the police high command rob the offences of a few erring personnel on the entire IRT and STS?