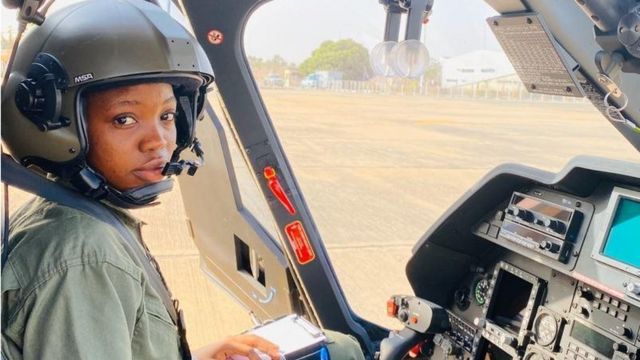 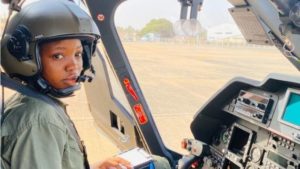 Suspecting that she must have been killed, Nigerians have demanded a detailed explanation from the Air Force and an investigation into the death of Tolulope Arotile, the country’s first combat helicopter pilot who died at the tender age of  25.

Some of them took to social media to vent their grief and shock.

Arotile made history on October 15, 2019 when she was commissioned as the first combat helicopter pilot in the Air Force following the completion of her course at the Starlite International Training Academy, South Africa.

She was instrumental in fighting insurgency in Nigeria, according to the Nigeria Air Force.

“She died as a result of head injuries sustained from a road traffic accident at NAF Base Kaduna,” it said.

NAF’s explanation for the cause of her death is, however, stirring controversy among Nigerians.

A further explanation, according tweeter followers has it that the combat pilot died when a car hit her while driving in reverse.

see some of their tweets on Dr Pam’s post;

ITS ONLY IN NIGERIA THAT A PILOT WILL DIE IN ROAD ACCIDENT AND A CAB OR TAXI DRIVER WILL DIE IN PLANE CRASH. WHAT A COUNTRY CALLED NIGERIA? REST IN PEACE Tolulope. God knows well

THAT WAS NO ORDINARY ACCIDENT

Sincerely with the last sentence in the post.. I think they need to investigate the incident that lead to her death…

Cos naso them dey always ambush officers for Battle..

May her soul rest in peace.. It's disturbing