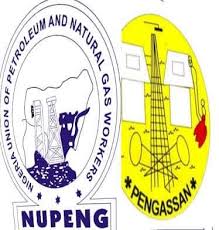 The union accused the government of blackmail, saying the minister of state for petroleum, was in the habit of threatening workers with sack.

Indicating this in a joint statement, NUPENGASSAN said, “The Union and the association are equally aware that government is mulling the option of selling these refineries as scraps to their cronies and proxies and that’s why they are bringing up all these blackmail to the fore against the oil and gas unions and our members.”

Blaming the governnment for the deplorable and non-functional state of the Warri and Port Harcourt refineries, the union stated, “For the umpteenth time, government is to blame for the neglect, inefficiency, incompetence, lack of transparency and policy somersault in the running of the refineries.

“lt will not be appropriate for the government to trade blames on this. Our refineries cannot be sold just like that, they are huge national assets, they should rather be revitalized for security and strategic reasons; and operate profitably.”

Reacting to media broadcast featuring the minister of state for petroleum Mr. Timipre Sylva, who spoke about the refineries and the role of oil workers in their operation, the union noted that the minister was only painting oil and gas workers in a bad light, to cover up what it claimed was government’s inefficiency.

The union said it had prepared it members for the turnaround maintenance and revival of the refineries but the management kept cancelling the project.

Information from the Port Harcourt Refining Company, had it that the Turnaround Maintenance and rehabilitation of the refinery had been postponed to the first quarter of 2021.

It said, “Painting the oil and gas unions in bad light in the eyes of the public to cover up
Government/Management deficiencies as captured in the video in reference is
the most uncharitable thing to do on the part of the Minister of State for
Petroleum Resources and our Union/Association take serious exception to it.

“Our office holders should know and strongly note that we are in a democratic
setting with well informed people and no Minister can do anything by fiat and
the Union/Association will never be blackmailed by these cheap lies into
abdicating our constitutional responsibilities and obligations to our members.

“We perceived the ill conceived and highly mischievous interview as attempt to
prepare ground for some uncharitable, unwholesome and obnoxious policies.
We are waiting and watching out for them to unfold while we put the general
public, Civil Society Organisation and other organized Labour on alert.”