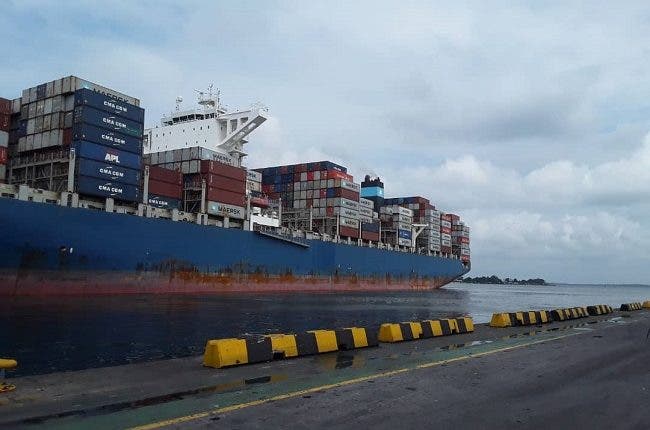 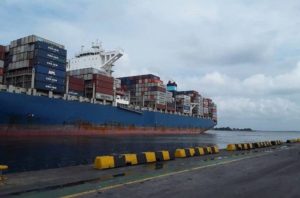 The biggest container vessel to ever arrive Nigeria has berthed in Onne Port.

Nigerian Ports Authority disclosed this on Sunday in a statement signed by the General Manager, Corporate and Strategic Communications, NPA, Adams Jatto,

The statement read in part, “The Maerskline Stardelhorn vessel with Length overall of 300 metres, width of 48 metres was received at the Federal Ocean Terminal, Onne in Rivers State at 1620 hours on Saturday, August 15, 2020. The vessel, which has a capacity of 9,971(TEUs) is a flagship from Singapore.

“The vessel, which was brought in from Fairway Bouy Bonny with the aid of three Tugboats operated by three of the Authority’s pilots was received by Ports Manager of the Onne Ports, Mr. Alhasssan Abubakar.”

Onne port in Rivers State is one of Nigeria’s eastern ports.

The arrival of the ship to Onne signals another landmark success  in the move by the Hadiza Bala-Usman-led NPA to channel traffic from a decongested Lagos port to other ports in the country.

The eastern ports have witnessed an increase in traffic since Bala-Usman initiated several programmes to encourage patronage by importers and vessel owners.

NPA said in the statement, “The Authority is delighted to state that the landmark arrival of the biggest gearless Maerskline vessel at the Onne Ports is a result of management’s determination to improve the patronage of the Eastern Ports.

“It is an indication of the fact that the Eastern Ports are equipped to receive all manner of vessels and an expansion of the options of consignees in the Eastern and northern parts of the country.