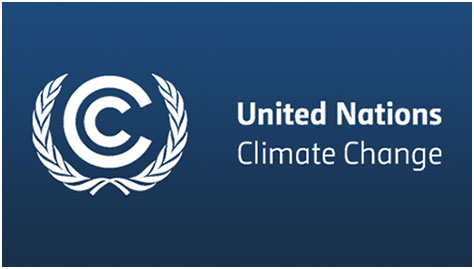 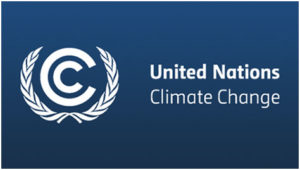 Nigeria’s insecurity situation, a fallout of herders and farmers clashes in the major food baskets of the nation such as the Benue basin, North East and South Western states has been traced to climate change.

Recently, frustrated by incidents of kidnapping and murder by suspected herdsmen who occupy the forest reserves in his state, the governor of Ondo State Akeredolu gave an order telling unregistered herdsmen to vacate the reserve.

Following this order, a Yoruba activist, Sunday Igboho vowed to eject all herdsmen from the Yorubaland.

The furore generated by this conflict has attracted various meetings with stakeholders and government while both find a way to settle the matter amicably.

In the past few years, herders have increasingly moved from the Northern part of the country to find foliage for their cattle.

Their movement increases as the grass dries up in the northern part of the country.

Unfortunately, as more and more people cultivate farmlands in the southern part of the country, the herders claim that the farmlands have encroached into the cattle path.

This has led to unending conflicts between farmers and herders which have continued for years and been heightened in the last three years.

Experts have said that the challenge can be linked to climate change which has caused herders to escape from the dry and sparse land in the North and come to take advantage of the rich greenery down south.

“Climate change is having a growing impact on the African continent, hitting the most vulnerable hardest, and contributing to food insecurity, population displacement and stress on water resources, experts at the United Nations said.

Increasing temperatures and sea levels, changing precipitation patterns and more extreme weather are threatening human health and safety, food and water security and socio-economic development in Africa, according to a new report devoted exclusively to the continent.

The report published by the United Nations in October 2020,  titled, State of the Climate in Africa 2019 is  a multi-agency publication coordinated by the World Meteorological Organization, provides a snapshot of current and future climate trends and associated impacts on the economy and sensitive sectors like agriculture.

It highlights lessons for climate action in Africa and identifies pathways for addressing critical gaps and challenges.

The UN Climate Change secretariat is supporting countries in identifying and managing climate risks through the formulation and implementation of National Adaptation Plans (NAPs).

Advancements in systematic observations and research that WMO is undertaking plays a key role in providing critical input to these efforts.

The report was released on 26 October at a ministerial-level launch to highlight the urgency of climate action in Africa and the current state of capacity. The risks are becoming more severe.

“Climate change is having a growing impact on the African continent, hitting the most vulnerable hardest, and contributing to food insecurity, population displacement and stress on water resources. In recent months we have seen devastating floods, an invasion of desert locusts and now face the looming spectre of drought because of a La Niña event. The human and economic toll has been aggravated by the COVID-19 pandemic,” said WMO Secretary-General Petteri Taalas.

“Science-based climate information is the foundation of resilience building, a cornerstone of climate change adaptation, as well as an oasis for sustainable livelihoods and development. The State of Climate Report for Africa has, therefore, a critical role to play in this respect, including in informing our actions for achieving the goals of the Africa Agenda 2063,” said H.E. Josefa Leonel Correia Sacko, Commissioner for Rural Economy and Agriculture of the African Union Commission.

“The limited uptake and use of climate information services in development planning and practice in Africa is due in part to the paucity of reliable and timely climate information.  This report, focusing on Africa, will go a long way towards addressing this gap. The contribution of the Economic Commission for Africa to the production of this report, through the African Climate Policy Centre, seeks to highlight the nexus between climate change and development, and to emphasise that building forward better from the Covid-19 pandemic requires a development approach that is green, sustainable and climate resilient, informed by the best available science. The participation of multiple institutions and agencies in producing the report reinforces our principles and approaches of working as one,” said H.E. Vera Songwe, Under-Secretary-General and Executive Secretary of the United Nations Economic Commission for Africa.

The year 2019 was among the three warmest years on record for the continent. That trend is expected to continue. African temperatures in recent decades have been warming at a rate comparable to that of most other continents, and thus somewhat faster than global mean surface temperature.

The latest decadal predictions, covering the five-year period from 2020 to 2024, shows continued warming and decreasing rainfall especially over North and Southern Africa, and increased rainfall over the Sahel.

Extensive areas of Africa will exceed 2 °C of warming above pre-industrial levels by the last two decades of this century under medium scenarios as reported in the Intergovernmental Panel on Climate Change Fifth Assessment Report. Much of Africa has already warmed by more than 1 °C since 1901, with an increase in heatwaves and hot days. A reduction in precipitation is likely over North Africa and the south-western parts of South Africa by the end of the century, according to the Intergovernmental Panel on Climate Change (IPCC).

There is significant regional variability in sea-level trends around Africa. Sea-level increase reached 5 mm per year in several oceanic areas surrounding the continent and exceeded 5 mm per year in the south-western Indian Ocean from Madagascar eastward towards and beyond Mauritius. This is more than the average global sea-level rise of 3–4 mm per year.

Coastal degradation and erosion is also a major challenge, especially in West Africa. About 56% of the coastlines in Benin, Côte d’Ivoire, Senegal and Togo are eroding and this is expected to worsen in the future. Sea level rise is currently not the dominant contributor but is expected to combine with other factors in future to exacerbate the negative consequences of environmental changes.