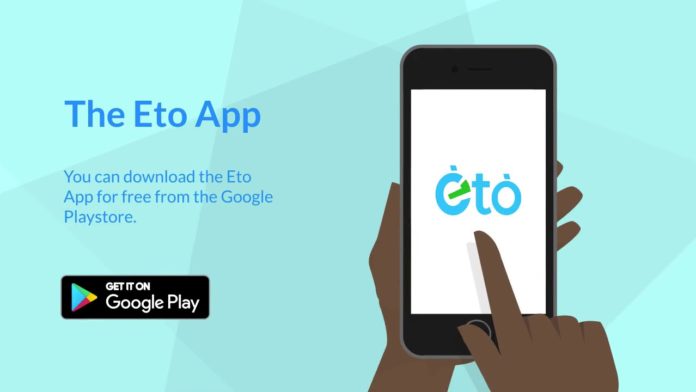 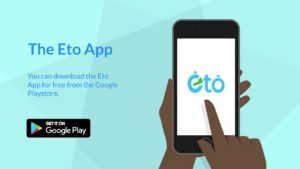 Four weeks after the take off of Etó, the electronic truck call-up system introduced by the Nigerian Ports Authority(NPA), it could be tempting to dismiss it as one of those futile governmental initiatives.

Last week,three weeks into the deployment of the app, which is expected to take over the movement, scheduling, entry and exit of trucks into the ports, there were countless reports of trucks returning back unto the streets like  the times of old. From the two possible access pointsinto Apapa, the terrorism of trucks and their drivers returned to the frustration of those stakeholders who were convinced that the introduction of Etó would end truck congestion.

To put the matter in context, for years before NPA’s intervention of February 27, trucksqueued up right from Wharf Road at the tip of the Lagos Port Complex to tens of kilometres as far back as Western Avenue past Ojuelegba, Fadeyi and Onipanu areas of Ikorodu Road.   At the other end, you had trucks going as far back as Toyota and Charity areas of the Oshodi/ Apapa Express way.

On either side,  these trucks constituted a menace by taking every part of road without regards to the need of others. This anomaly wenton for years in spite of all sort of methods employed by government. In the course of the Buhari administration alone, Vice President Yemi Osibanjo has visited the ports at least on two occasions, one of which he embarked on some aerial surveillance that resulted in the creation of a Presidential Task Force. Almost with all of these interventions, the best you hadwas a possible few day of respite, after which everything fellapart with truck drivers going haywire and blocking the roads again.  With this seeming intractability, everyone who had something to do with Apapa lived in despair. Businesses had to leave or go completely under while residents lost hope that they could ever get back to the days when Apapa was one of the choicest parts of Lagos.

Then the Nigerian Ports Authority, backedby the legal seal and human capital of the Lagos State Government, introduced Etó App, which, if only for aiming at eliminating human interface,  came as an edge over all others interventions.

Aside from being an electronic platform, which will reduce oreliminate the physical influence of human beings, the NPA reasoned, and with quality facts,that many trucks milling on the roads have no ready business in the ports. They are only on the access road tramping, like rogue buses that leave motor parks to seek passengers on the roads in circumvention of procedure. These trucks drivers just drive towards the ports in search of business and constitute an impediment to thosewho may in fact,have legitimate reasons to be at the ports and other road users.

This was going to be an impossibility with Etó under which truck parks have been licensed. Trucks, regardless of which part of the country they are driving in from, are expected to download the app and book to berth at designated parks and then await the call up into the ports through the app. The idea is that no truck is expected to be on the access roads to the ports unless they have been called with the evidence of the Etó ticket otherwise they would be impounded and dealt with according to the laws of Lagos State.  The governor, Mr BabajideSanwolu, himself gave apersonal stampto this initiative.

Etó showed its capacity to solve the truck congestion problem immediately after take-off. For the first few days, the roads were free of traffic to the applaud of stakeholders, who praised the NPA and Lago State Government for the feat.But then suddenly, trucks started getting back on the roads and sceptics who never thought there would be an end to the shame atApapa, went to town with all sorts of stories about the untimely collapse of Etó.

Now to reach such conclusions within four weeks of the operations of the app is to say the least, unfortunate. It also shows people’s mischief or total lack of understanding of theprocess of reform. Anywhere in the world, innovations are bound to face a measure of preliminary snags, some which can only become obvious in the course of implementation. As these teething problems present themselves, they open the process up for modifications, which lead to the perfection and maturity of the process. This is even more so in Nigeria, where entrenched interests are pervasive and ever imposing on the majority.

In the case under discussion for instance, a variety of reports have established that syndicates emerging from recurring task forces, security agents, traffic officials and even officials of the NPA have created an industry where as much as N12. 5 billion illegal money is made from commercialising traffic control, annually. There have been stories of fantastic sums that people take home daily from rent seeking.  Theperpetrators of this illegalities would prefer that Nigeria continues to lose the average of about N20.8 billionper day as Dutch consultancy firm Dynanmar indicated last September than lose their own accruals.It would be foolhardy to then imagine that this expansive cartel would fold their arms without fighting back by frustrating the innovation throwing them out of business. Of course not.And the onlyantidote tothese saboteurs who are now fighting like headless snakes is the resilienceand refusal to contemplatefailure.

In the interim, stakeholders need to understand that every uncomplimentary remark about Etó, which comes from the Yoruba word meaning“to organise things in an orderly manner”, buoys the ego of those who want to frustrate the innovation. People must therefore ask questions from the appropriate quarters rather than promote speculations that detract from the steadysuccesses of the app.

For example, such questions would have revealed that last week’s congestion was compounded by a 24-hour downtime experienced by one of the terminal operators. As a result of this unfortunate downtime, the operator could not receive export cargoes. By the time the problem was solved, over 980 trucks which already had Etó Tickets were on the queue to access the ports. Managing Directorof the NPA, HadizaBala Usman explained in a radio interview that this led to the suspension of export receipts until the backlog was cleared, hopefully within two weeks. Without the proactive suspension of export cargoesreceipts, there would have been an unprecedented inflow of trucks on the roads since last week.

Stakeholders also harp on the need to make the ports in Calabar, Port Harcourt, Warri and Onne more functional. But the NPA has argued that the choice of cargo destination is usually that of the owner. And in making those decisions, he considers factors like access to the final place of use amongst others.

More importantly, the Authority is currently making effortsto attract patronage to the eastern ports as they are called. Last week, 7,000 metric tonnes of cocoa passed through the Calabar Port in Cross River State to the United States of America. This was the first time that would happen in about 14 years. Records from 2020 also indicate that while the very busy Lagos Port Complex received 986, the OnnePorts had 696 vessels calling. Delta Ports, Warri had 653, Rivers Port in Port Harcourt had316, Calabar Ports had 194 and 1,127 vessels called at the Lagos Tin Can Island Port.Regardless of the fact that the eastern ports are operational, the NPA, in a bit to optimise the capacity of each of these ports, is encouraging concessionaires to explore opportunities that the eastern ports offer. There have been discounts on harbour dues as well as regular engagements with stakeholders in the area just to ensure that shipping companies have more confidence in the safety and security of their vessels, its crew and cargoes.

Critical to solving the traffic congestion issue howeveris the irreversible commitment to multimodal transportation. With the increasing use of barges and rail for cargo movement, there will be less concentration on the roads such that they will even last longer.In all, what needs to be learnt is that the success of Etó is dependent on the cooperation of all stakeholders. This cooperation includes committing to doing the right thing, being constructive about criticisms and giving the operation time to mature.  Stakeholders must also call out every form of sabotage from those who profit from the current confusion. The management of the NPA itself must keep its eyes on the ball. Like every attempt at change, thiscannot be a walk in the park, but it is possible.